"Mom, how do you spell 'dear'?" She was spread out on the floor in front of me with her pencil and paper in hand. I was feeding the baby and really didn't want to dictate and talk about which side the stick goes on or why the eraser doesn't work.
"Ella, honey, if you want to write a letter bring me a piece of paper and I'll write it and you can copy it." So, I wrote the letter one handedly. It was sweet. We had a surprise guest this last weekend and she had given him some of her special rocks and he accidentally forgot them. She wanted to send them to him.

The special guest was my dad, Pop. He flew down to celebrate Julia's birthday and we were thrilled to have his company. Especially Ella. She loves him. So she gave him some of her favorite rocks.

She was folding up her letter, retrieving the envelope, just getting her little letter all ready and then she asked where her wallet was. I never know where their things are and I didn't ask what she needed it for when suddenly she was back at my side with the letter in hand. "Write, you each get a dollar." Her curls are crazy lovely falling around her face and I swear her eyes know how to smile. She was enclosing 2 dollars. One for Pop, and one for GramPam. I really could have cried. She's saving for an American Girl Doll (I hope she still digs them when she's 18 because that's how long it will take her) but her last two dollars were lovingly slipped into an envelope with a bunch of rocks.

I saw it. Right then I saw it. I've understood the principle, but I don't think I've seen it as purely as I did just then. My father doesn't need her dollar. I mean, he's the guy that actually puts dollar bills into tip jars at restaurants that don't serve. Pam doesn't need the dollar either. They have what they need and Ella's dollar isn't going to enable them to do more or see more or have more. They are capable of meeting their own needs. They will, however, be humbled at her love offering. That's really what it was...a love offering. It was a, "Hey, I have this and it's the most important thing to me...so I'm giving it to you because I love you more."

The verse that flipped in my mind what, "The God who made the world and everything in it is the Lord of heaven and earth and does not live in temples built by hands." Acts 17:24. The Lord doesn't need my money. He doesn't need my stuff. Another verse that just came to mind while sitting here was from Isaiah, " I have no need of a bull from your stall or of goats from your pens, 10 for every animal of the forest is mine, and the cattle on a thousand hills. 11 I know every bird in the mountains, and the creatures of the field are mine. 12 If I were hungry I would not tell you, for the world is mine, and all that is in it." It's a love offering. It's me as a little girl looking around and saying, "What do I love? That's what I'll give."

I struggle to give over what we have set aside to give. I battle with committing to "pledges" and things of that nature. Ella didn't think twice. It never crossed her mind that she'd be set back a bit. Her face said it all. She was glad to give it, thrilled to give.

Whew, that girl continues to teach me a ton.

Lord, make me a beautiful giver. One who doesn't count the cost, but only the joy there is in giving.
Posted by Ali at 2:56 PM No comments: 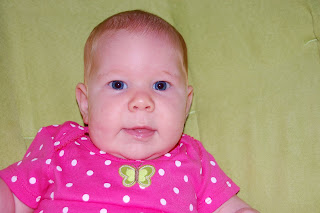 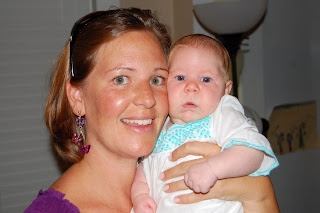 It was almost a joke how we would respond to questions in college. There were many of us that made some pretty tough choices after coming to know the Lord. Tough. We responded that things were, "Hard, but good." Funny...how is that, really? I think it's still true. If you were to ask me how things are lately that may be how I answer you, "Hard, but good."

I've been walking with Jesus since January 16, 1997. I've never wandered too far from Him although there have been times when we're more like church friends than best friends. We just get cozy. We moved into this house over 6 years ago to get out of debt. We have remained debt free (except for our house) ever since. We have also grown as a family ever since. Our house is a great size...for another family. I finally admitted that we are too big for our home and have come to terms with that. I was finally able to put words to my battle. It was the battle of abundance. I couldn't reconcile my abundance when I knew that there were many who had so much less. I knew people were raising larger families in smaller spaces and some women on the other side of the world were walking away from their dying babies because there was no water...and we dump water out of our swimming pool every couple of days because it's "dirty." My response was to feel guilty for what we had. I have found that route only brings condemnation. I realized the real way to reconcile abundance is through gratitude. I must give thanks or it is all wasted. I must praise the Giver of my gifts or it is all for nought. So, we are selling our house. So, we are cleaning out our house...and schooling and having our regular life swirling around us. Soccer, playdates, lunch, naps, books...boxes, boxes, boxes. Hard, but good. Hard in that I have trusted in our smaller mortgage to keep us above water. I haven't trusted the One who walks on water. I have believed that our needs would be met because we were living within our means, not because God gave us our means to live within. I'm nervous. I'm thrilled. If this house sells it will be because He sold it. I'm looking for Him again and you know what...I'm finding Him. We sell our selves short when we settle in to our status quo. We provide for ourselves and suddenly He becomes a super friend that got us out of that eternal bind we were in. When we sit back and settle in we stop looking for the Divine encounters that He plans for us on a daily basis. How every plan that is changed and every day that is rearranged is done because He is sovereign. Hard...but good.

How is homeschooling? "Hard, but good." Do you know what an "antecedent" is? Do you even know if I spelled it correctly? I sure don't. I'm hoping we'll need this information. (Let me just interrupt here and say that I am babysitting my sister's bulldog and she is scaring the crap out of me because it's 1:30 in the morning and she is snoring like a grown man...CREEPY) Ella is sort of wandering around bored (yeah, I said it) and I'm still adjusting to having two real schoolers. Did I mention boxes? It's good because when I freak out because my super smart son doesn't know how to load the dishwasher, I can ask him for forgiveness and he smiles at me and grants it. It's hard because somedays I would rather just do what I want to do and that includes, but is not limited to...laying in bed and staring out my window, watching daytime T.V., wandering around Target and reading a book while eating a meal someplace. I don't like coffee, but Starbucks looks like one of the coolest places ever. Probably not with kids, though. I am having to lay down my life for these kids. Wait, no...I GET to lay down my life for these kids. They are messy and a little lazy...they leave panties on the floor and jelly on the counter. They don't move fast enough and they are starting to smell like they need a shower in the mornin' and the evenin'. Hard, but good.

How is my walk with Jesus? Hard, but good. I struggle to see clearly. I struggle to walk in the Spirit and not in my flesh. It is really hard for me to believe, on some days, that He is able. Good...I know that His promises are true and that He CANNOT leave me or forsake me. I know that even though Ruby is scaring the fool out of me, my Savior, the One who watches over Israel, will neither slumber nor sleep. He knows that I am scared about moving, and wildly excited about a bigger kitchen. He knows my needs and will NOT give me what is going to hurt me. I suppose the real answer should be that I am hard...I am difficult. I don't listen carefully and make suggestions to the God of the Universe. Yes, I am tough...but He, Oh man, He is good.